One More Layer: Our Favorite Jackets This Fall
Heat Wave Or Hot Flash? Your Guide To...
BeautyPie x Jenna Lyons Made The 5 Perfect...
The Slingback Is Back – And These 30...
30 Ballet Flats That Prove They’re The Shoe...
Brochu Walker Is Your New Favorite Brand
Swarovksi’s New Collection Is The Accessory Of The...
The Summer Sneakers We’re Kicking Around In
Editor Essentials: The Pieces We Can’t Live Without
The Only Sandals You Need This Summer
ClothingFashion

For our official launch, we partnered up with Lingua Franca to design five sweaters that reflect what we're all about at In the Groove.
by Susan Feldman September 19, 2018

A mutual friend introduced me to Rachelle Hruska, Lingua Franca’s founder. I love that her beautiful sweaters are embroidered by hand by women in the US as well as bearing messages that speak to the ethos of In The Groove. Once she heard more about In The Groove, she not only understood us but got excited. And so, this collaboration was born.

The first I met Rachelle at Lingua Franca’s offices, I looked at her vision board. It was overwhelmingly filled with images of real, age-defying women. I knew we had a connection, one that not only bridged the age gap but also celebrated it. “I like taking inspiration from older women who have shaped my perspective,” says Hruska. “My mother-in-law, Janet, is definitely my muse. She’s the oldest champion women’s surfer, and she surfed in cashmere before wetsuits were invented.”

If you’re going to say something, you might as well say it with cashmere right? We’re saying five things: In The Groove, It’s My Party, Old School, Original Gangsta, and Everyday I’m Hustlin’.  And to bring this to life, we asked women who personify everything In The Groove is about to model for us.  As you can see from the pictures, they are a beautiful, accomplished, stylish, and diverse group of women. And they are not invisible.

We both want to rattle the conversation about what aging means. Hruska says “I might be in the groove today, but I am constantly looking at the generations ahead of me to stay that way.”

Through October 20th,  $100 from every sweater will go towards The Women’s Alzheimers Movement. And after that, it will still be 10%. 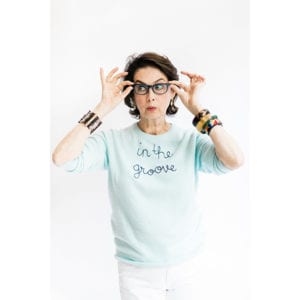 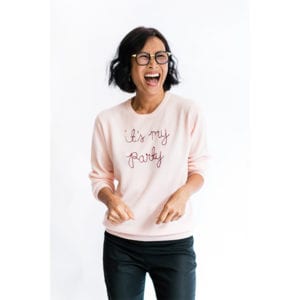 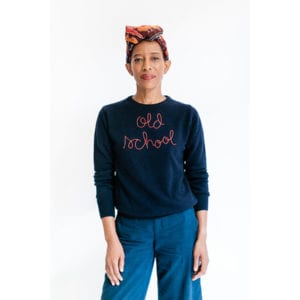 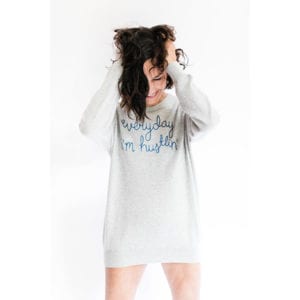 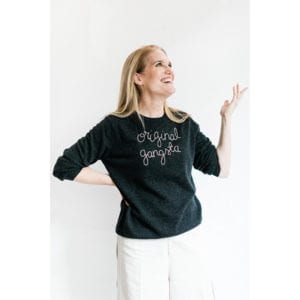 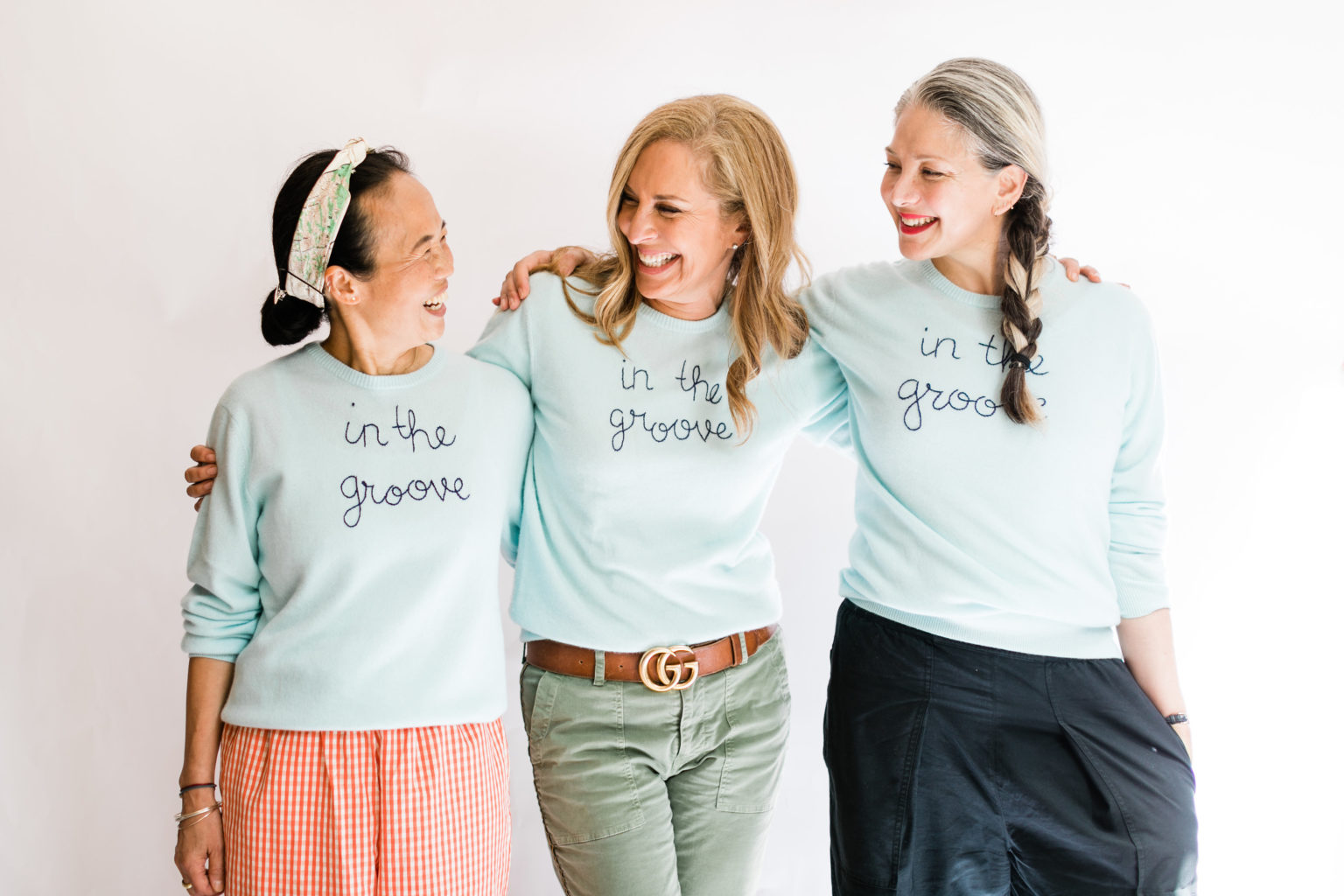 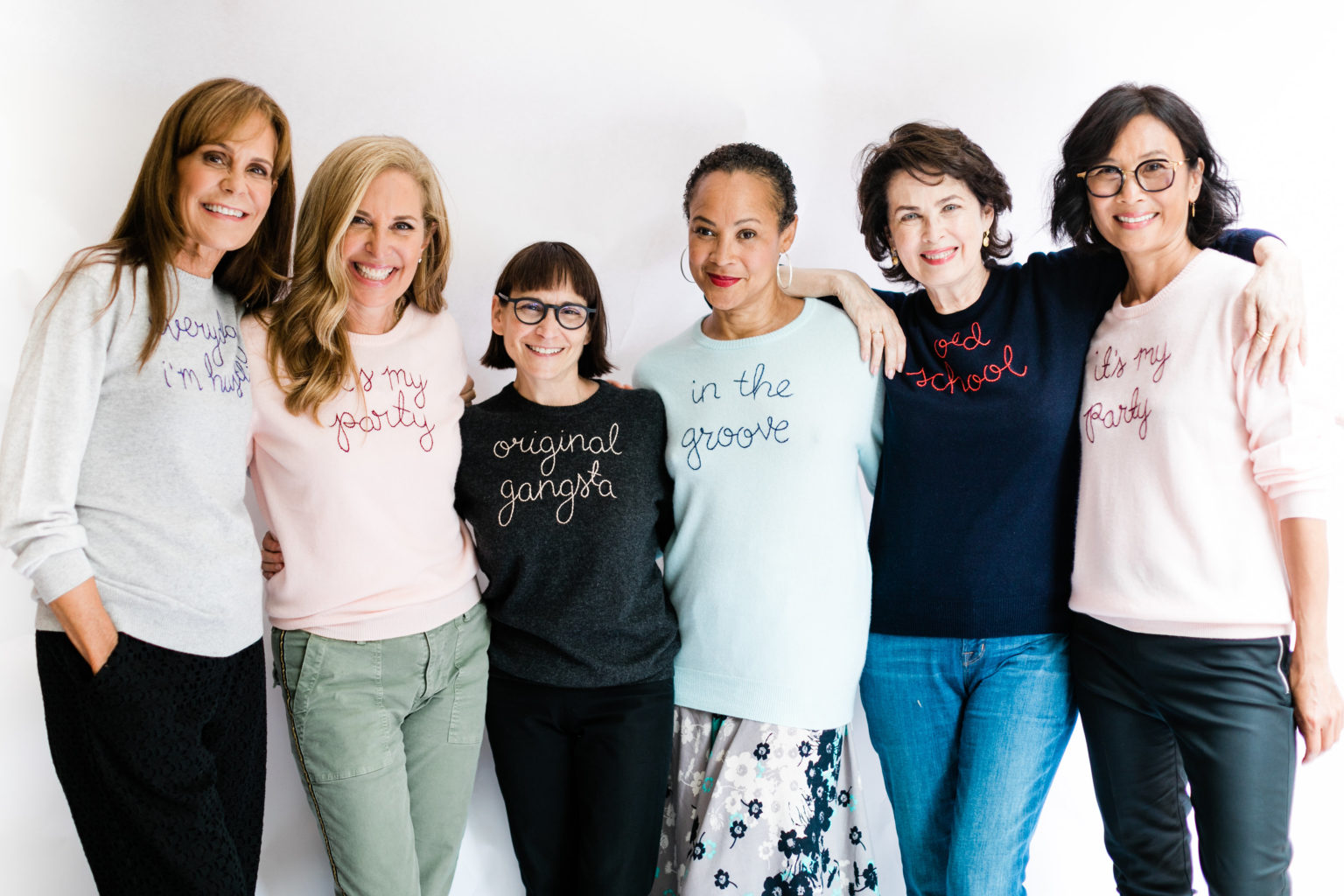 One More Layer: Our Favorite Jackets This Fall

Swarovksi’s New Collection Is The Accessory Of The...

The Summer Sneakers We’re Kicking Around In

Editor Essentials: The Pieces We Can’t Live Without

The Only Sandals You Need This Summer

White Shirts, Blue Jeans: A Match Made In...

Colorful Shirts Are The Summer Trend We Love

Packing 101: Summer Vacation With A Carryon